BASKL Board of Directors 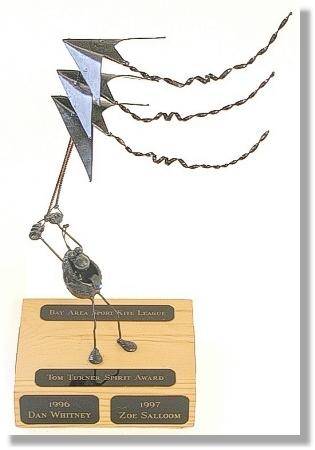 "This special award is presented to an individual who unselfishly shares the joy of flying with others."

Tom was a man with spirit. When you met this man you knew right away that he would have an impact on your life, he just had that way about him. A brief encounter with Tom was all you needed to know that you had just met someone very special and would want him as a friend. He was fun to be with, a happy guy, someone you could share your failures and successes with. Tom was a kite flier; he loved the sport for the fun, for the people and for the new challenges that came with it. On or off the flying field Tom was a person who gave of himself, not wanting anything in return. Truly a person missed by everyone who knew him. Tom passed away on July 4th, 1996 on the kite field at a local Bay Area festival doing what he loved best, flying kites.